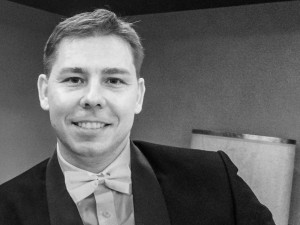 Late last year we received an unexpected gift – Alexander Maroske, the newly elected Master of Sir Stamford Raffles Lodge in Singapore, selected Lien AID as the adopted charity (of the Lodge) for 2014/2015. We catch up with Alexander in this short interview to find out a little more about their interest in giving to the clean water cause.

According to a BBC report (March 14, 2012), “Conspiracy theories have dogged the Freemasons throughout their existence, fuelled by their secretive image, but for some they are just a gentleman’s club devoted to charitable giving.”

Can you enlighten us on some popular myths surrounding Freemasonry?

Prior to the 1940s, Freemasons was an open organisation, with weekly and monthly publications reporting on meetings, fundraisers and new members that were initiated. The subsequent escalation, however, of tensions in Europe resulted in Freemasons becoming increasingly reticent about their membership and their activities. The Grand Lodges also decided to stop responding to questions and allegations from the public in regards to the activities undertaken by members and this probably strengthened the image of secrecy surrounding us in more recent times.

How is charitable giving a significant aspect of being a Freemason?

When a new member is first initiated, one of the first things he learns about is charitable work. At his initiation, he is received as poor and penniless while being called on to be charitable. This offers him a unique perspective, firstly to consider how it feels to be poor but still retain a charitable spirit. Today there are many free hospitals and retirement houses erected from the contributions of Freemasons.

What contribution to charitable activities have the Masonic Lodges in Singapore made in the past few years?

There are 14 Masonic Lodges meeting at the Freemasons’ Hall in Singapore. Each Lodge adopts a charity every year. In addition to raising funds for their chosen charity, Lodges often volunteer their time and services, including food drives, Christmas parties for under-privileged and disabled children and humanitarian aid to countries suffering from natural disasters.

Can you share with us some interesting experiences you have had in Cambodia?

Nine years ago, I spent 16 days travelling through Cambodia on an eco-tour. Travelling by local modes of transportation and living in villages, I was able to experience a small part of life as a local Cambodian. The roads were a lot worse back then but we survived the bumpy ride in a tiny mini-van from Bangkok all the way to Siem Reap. And while in Siem Reap, I visited the floating villages on the Tonle Sap River and stayed there for a night.

It was there that I experienced the terrible sanitary conditions these communities had to live in, being entirely dependent on the river as a source of water for all their needs – drinking, bathing, cooking and washing with the river water as well as defecating into the river. It came as quite a shock, seeing they had no access to the basic services we take for granted.

What made you decide to select Lien AID as the adopted charity for Sir Stamford Raffles Lodge in Singapore?

Memories of the experience I had while living with the family in Tonle Sap are still vividly etched in my mind and I wanted to use this opportunity to raise awareness of their plight. Lien AID’s cause and efforts in helping these communities were something that resonated strongly with me and I wanted to support their work.

What does water mean to you? And if you could sum it up in one word, what would that be?

Life. Survivability. I spent many years in the army during which I travelled to war torn areas and seen how the struggle for water incited fights; how the lack of clean water led to the proliferation of diseases. In East Timor, we set up a station providing safe water to local NGOs on a 1 for 1 exchange: 1 litre of water for 1 litre of fuel. Fuel was so much more easily available to the locals than clean water!

There was once I came across a little girl with scabies. Her entire back and legs were covered with pus but her parents could not afford to purchase clean water to clean her with every day. Because water is so crucial to life and living with dignity, I really believe that it should be the right of everyone to be able to enjoy clean, sustainable access to water.

Water, Sanitation and Hygiene: Preventing Illness Around the World.
Scroll to top