This World Water Day (22 March), step into the shoes of over 200 million people in Asia who lack access to clean water at Windows of Hope, an experiential exhibition organised by Singapore non-profit organisation Lien AID. The roving exhibition aims to raise awareness on the region’s water challenges and what is being done to resolve them, by giving the public a unique chance to journey into Cambodia and Myanmar through virtual reality (VR) technology and physical installations.

Windows of Hope opens today and will be held at the following locations:

The VR video featured in Windows of Hope was shot in Preaek Chrey Village, Kandal Province in Cambodia. The villagers in the often-flooded rural area mostly rely on dirty river water or rainwater for drinking, cooking and washing. It is estimated that prior to Lien AID’s intervention, villagers spent on average 25 to 40 minutes preparing water (collecting, filtering, boiling, etc.) before drinking it. The alternative source of clean water was imported bottled water sold by a private company in Vietnam, which costs up to 3,000 Riel/bottle (USD 0.75). 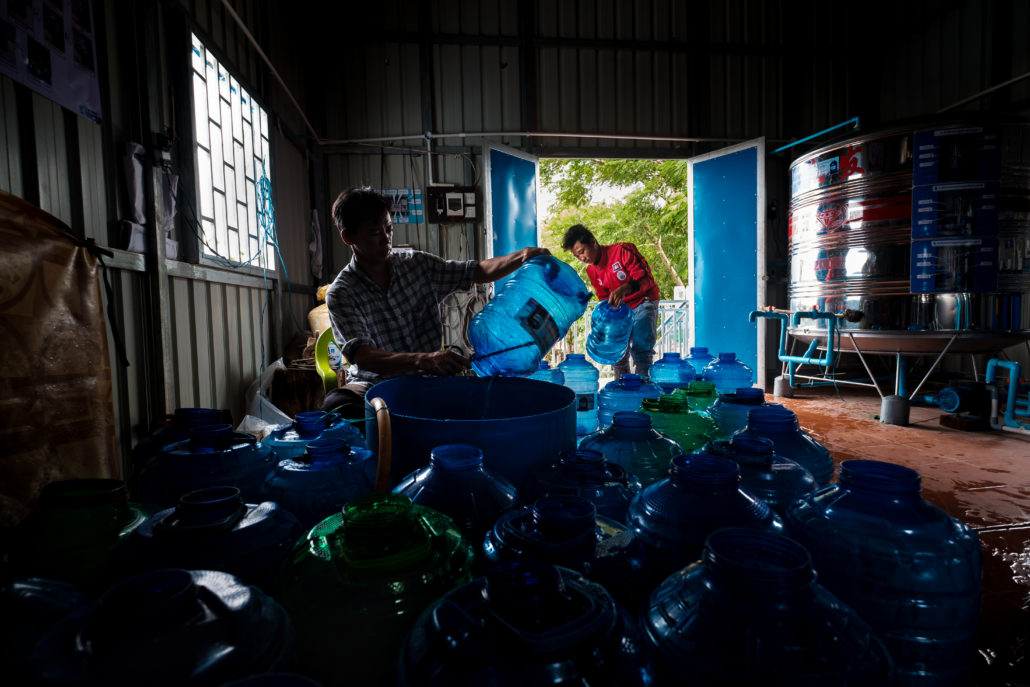 To address this challenge, Lien AID has set up a water treatment and bottling plant in Preaek Chrey village that benefits the entire commune. The plant is operated and run by a water entrepreneur selected from local villages through a rigorous evaluation process, and a water management committee comprising local government officials was also formed to regulate the provision of water services. They were subsequently trained in basic rural water management and business skills. 75 such projects have been completed in Cambodia, and this project in Preaek Chrey village alone enabled an estimated 3,624 villagers from 929 households across Preaek Chrey commune to gain better and more affordable access to clean drinking water.

Last year, Lien AID also launched new pilot initiatives across three townships in the Ayeyarwady region in Myanmar, enabling an estimated 3,866 villagers to gain improved access to clean water. In 2018, Lien AID will continue to partner with the local government to empower and equip community leaders to improve overall WASH (Water, Sanitation and Hygiene) standards in the villages, as well as work on fostering institutional collaborations amongst government and non-government partners to meet the national 2030 WASH (Water Sanitation and Hygiene) goals.

Globally, more than two billion people drink unsafe water, and over 4.5 billion people do not have safely managed sanitation services, according to a report[1] released in March by the United Nations and World Bank Group. Through Windows of Hope, Lien AID hopes to reach out to a much wider audience and galvanise greater support in solving the root cause of the water and sanitation crisis. Individuals can make a difference simply by sharing about the issue on social media and helping to generate greater awareness of Lien AID’s work. Companies which would like to offer their employees a unique opportunity to experience immersive 360˚ technology and play a part in bringing clean water to rural communities in Asia can also contact ruiyan.yong@lienaid.org for the roving exhibition to visit their offices.

More information on Windows of Hope can be found at http://www.lienaid.org/windowsofhope.