It was almost midday when the car pulled into the village of Anglong Tean in Takeo province. Located just 2 hours south of the bustling city of Phnom Penh, this quiet, serene village set along the Cambodia-Vietnam border seemed worlds apart. 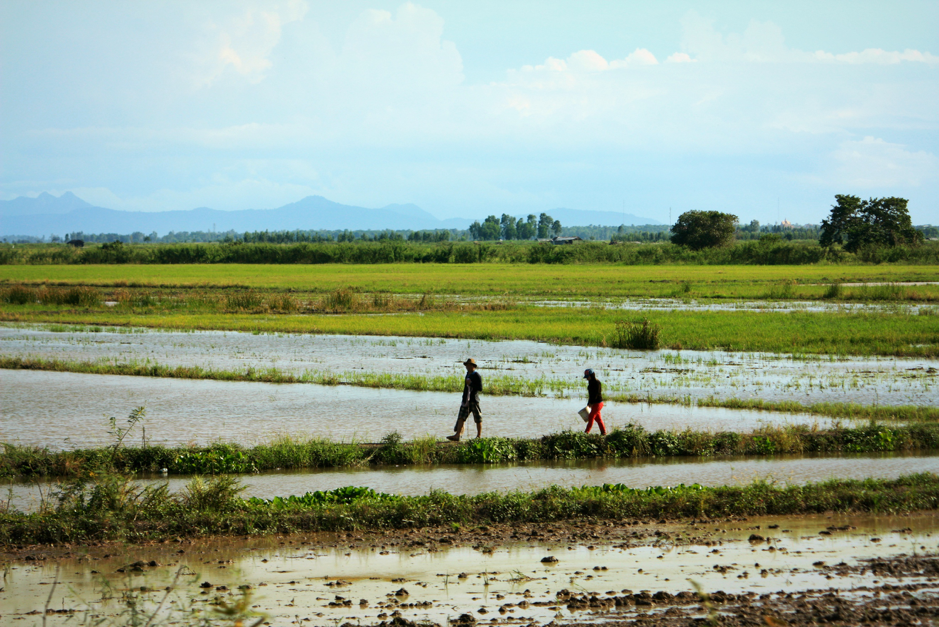 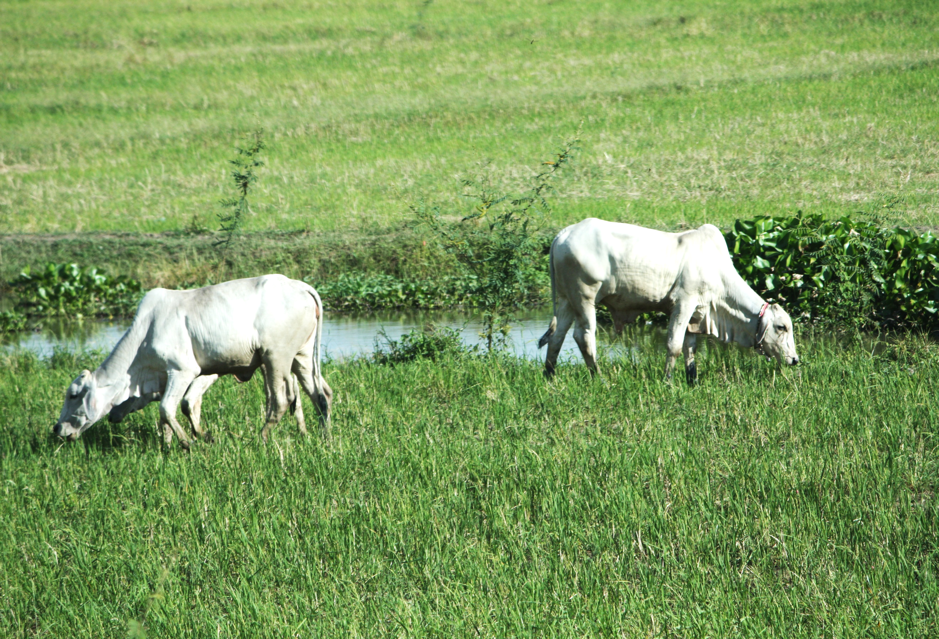 Cows grazing in the fields in Anglong Tean village

After passing through acres of rice fields set against the dramatic backdrop of the Mekong River, we finally came to a stop on the dirt road. I got out of the car feeling slightly disoriented from the bumpy ride and nearly tripped over a chicken, much to the amusement of the local children. 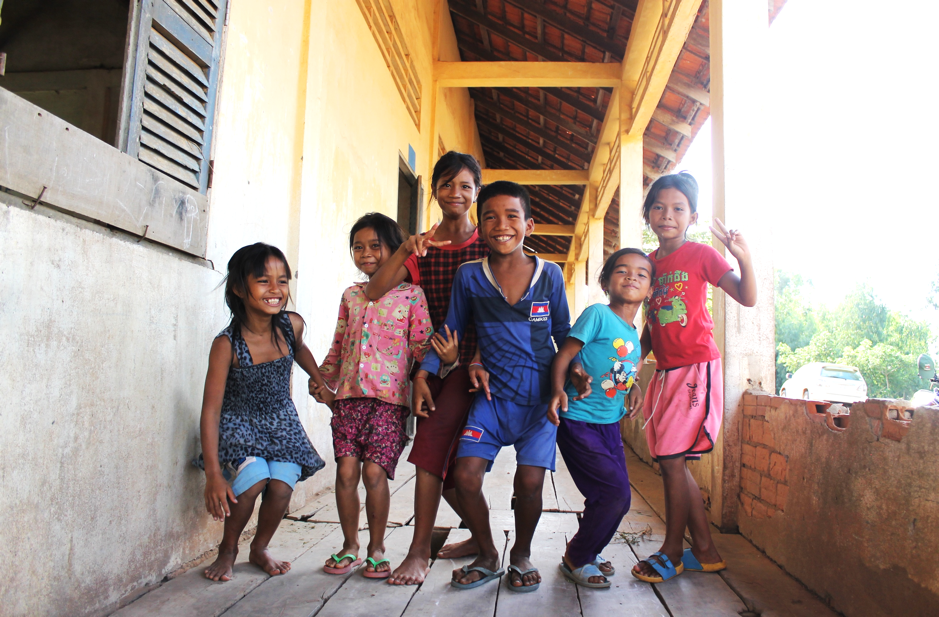 Feeling rather hot and thirsty, we decided to get a drink at the first provision shop that we came upon. Run by a warm, friendly lady named Se Hin, the shop was small but well-stocked – the shelves were lined with jars full of candies, crackers and cookies, sodas in every colour of the rainbow, small toys and a dizzying variety of household items.

At Se Hin’s insistence, I got an iced coffee – her specialty, as I was told. The first sip that I took left me pleasantly surprised. The coffee was dark and smooth, comparable to what you would expect in a hip café somewhere else in the world! 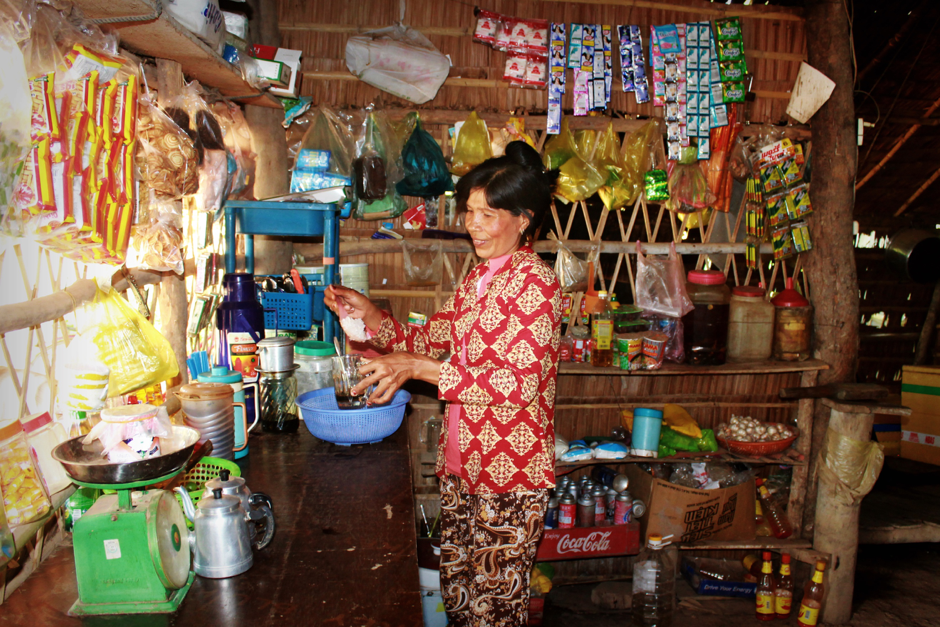 Se Hin making a cup of coffee inside her shop

Se Hin, as it turns out, was not born and raised here. She came to Anglong Tean village from Vietnam 20 years ago in search of a better life. She started off by working long, strenuous hours as a farmer in the rice fields.

Life was difficult back then. She could not afford a proper stilted house, so in the wet season, Se Hin’s home was partially submerged in water. She had to sleep on a hammock that hung precariously from the roof.

One year, the area was hit by a big flood and her crops were destroyed, taking with them her only source of income.

But Se Hin was strong-willed and ambitious. Unwilling to let her four young children go hungry, she took a bank loan and opened the provision shop, selling porridge, coffee, snacks and other household items.

However, it was not long before she had new problems. The water from the Mekong river was polluted with feces and pesticide. People were getting sick from drinking the contaminated water. Se Hin started buying bottled clean water daily from Vietnam to make coffee and porridge to sell. 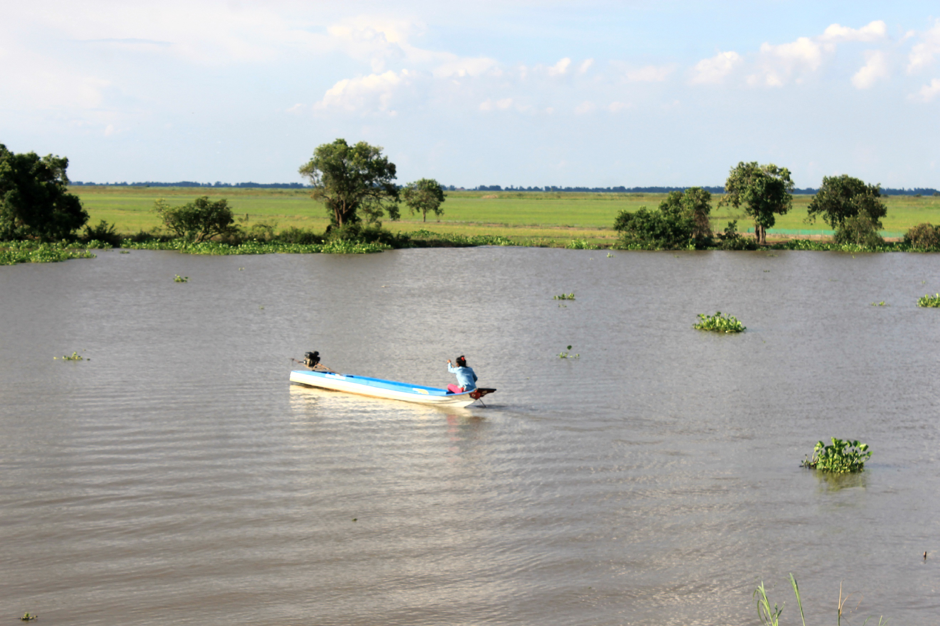 The Mekong river that connects Anglong Tean village to Vietnam

Sometimes, the water did not arrive in time and she would have to make multiple trips to a pond to fetch buckets of water. The amount of porridge and coffee that she sold depended on the amount of water that she could collect. 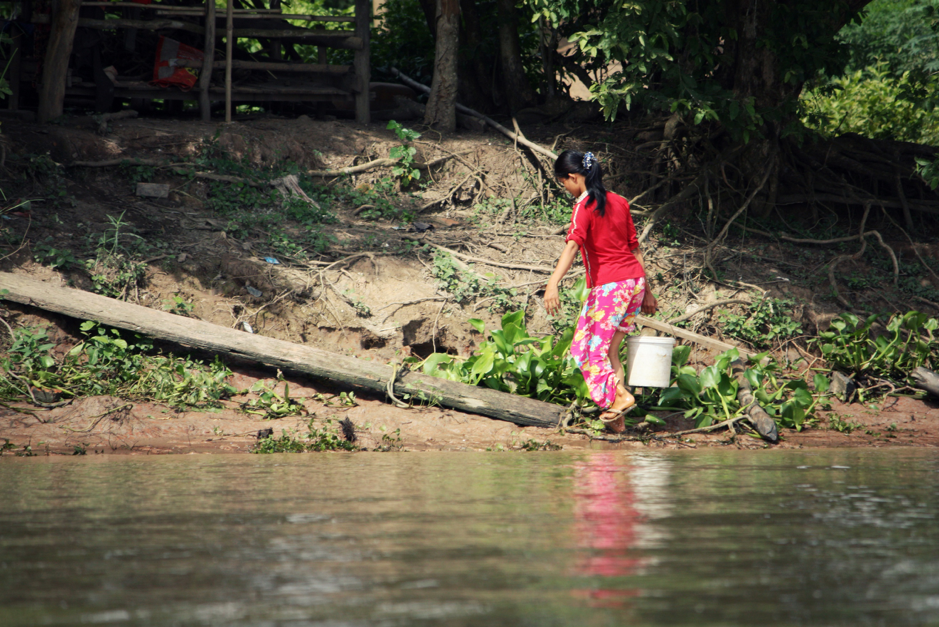 When Community Water Enterprise (CWE) came to the village, Se Hin was one of the first ones to jump on board. With better access to affordable clean water, she can finally make more porridge and coffee to sell, and earn more income to support her family. 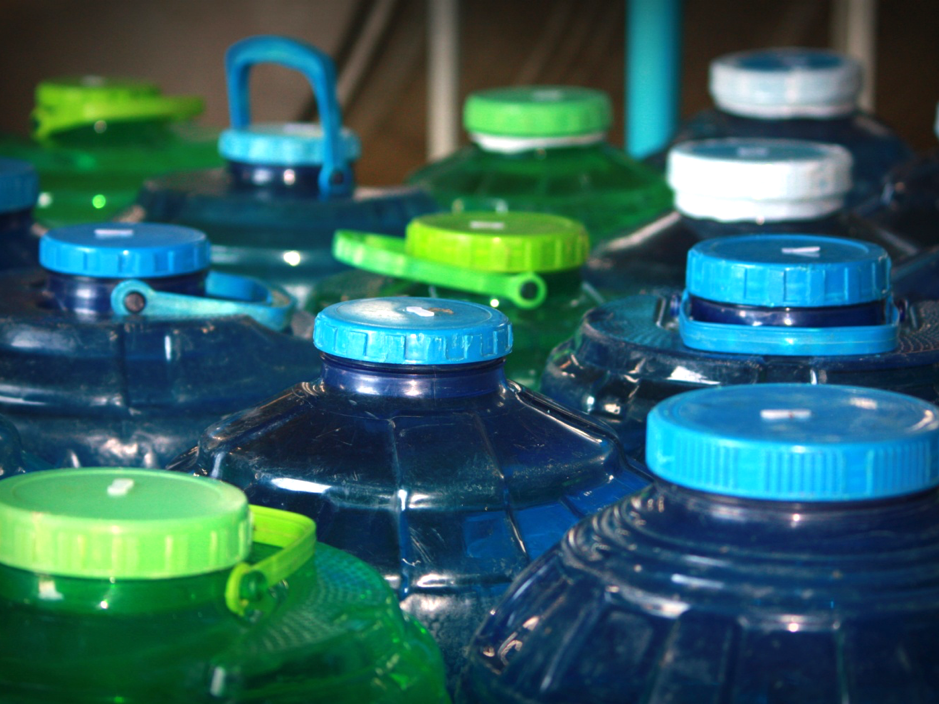 Bottles of clean water in the CWE treatment plant in Anglong Tean village. 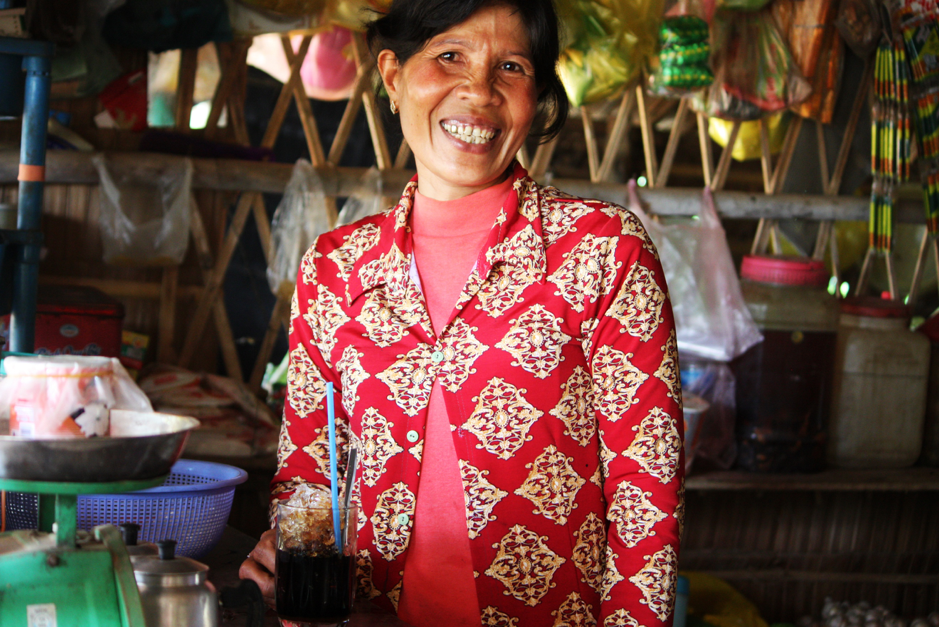 With better access to clean water, Se Hin can make more coffee and porridge to sell and earn more income to support her family.

“Business is good now”, she tells me. “People used to spend twice as much on imported water from Vietnam. Now they have more money to buy snacks and drinks. I have more income to send my children to school.”

For the first time ever, Se Hin also has the time and money to take care of herself. These days, she can afford to buy new clothes and makeup. “I did not have money or time to look good when I was young. Now I have to catch up”, Se Hin tells me as she proudly shows me her beautifully decorated home right beside the shop.

(Left) Se Hin poses beside her wardrobe; (right) the interior of her home.

Before we left, I complimented her on her smile. “Thank you”, she says, “You make me feel beautiful again.”

This project in Borei Cholsar Commune implemented under the Community Water Enterprise programme in Cambodia, was supported with co-funding from the Prince Albert II of Monaco Foundation.