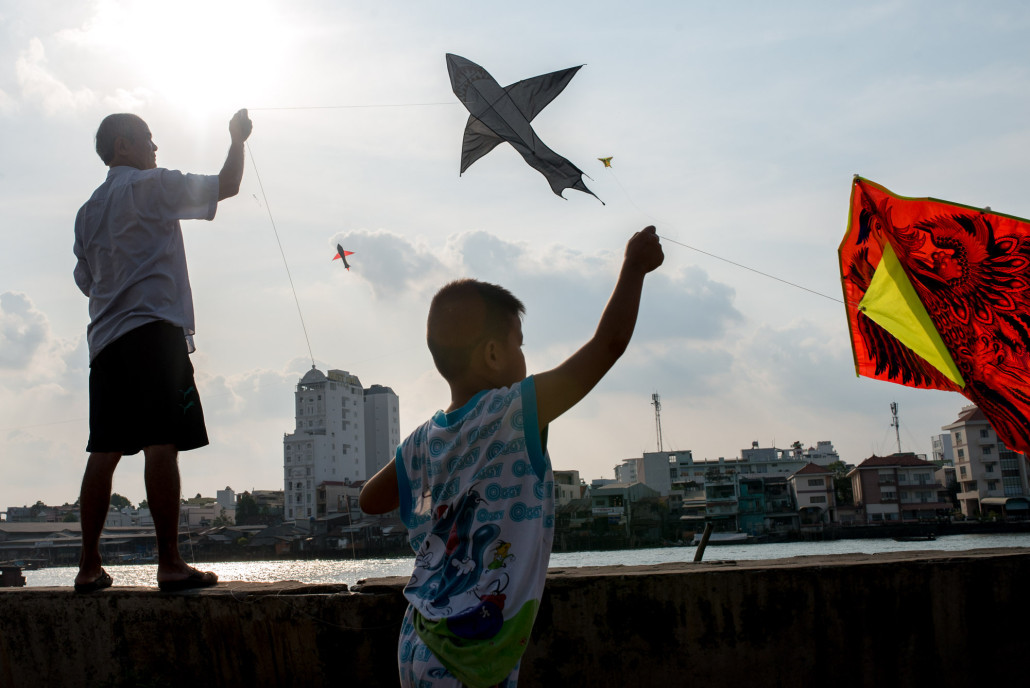 People fly kites in a neighborhood of Can Tho, Vietnam. One of the first images from A River’s Tail in Vietnam.

For the past six months Lien AID and a team based in Cambodia have partnered to create A River’s Tail, a visual documentary of human life along the Mekong river. The story will be told at ariverstail.com by photographers Luc Forsyth and Gareth Bright as they travel from the mouth of the Mekong River in Vietnam to its source in China.

I have spent the last six months working with Lien AID and the photographers on A River’s Tail to come up with marketing and social media plans. As the project nears publication the United Nations in Bangkok invited me to give a lunchtime presentation on what we have learned so far.

With A River’s Tail we are aiming to tell a story which will help people care about water issues without making them feel guilty. It’s a complicated story both visually and in text, but we decided not to sacrifice that complexity to make the story more palatable. Our initial indications are that the audience appreciates detailed stories and that the audience responds as strongly to black and white images as to color. A River’s Tail is more visually complicated than what’s customary for NGO journalism, but we have not seen any negative reaction when comparing audience responses between our more conventional images and grittier black and white photos.

A full set of notes about the presentation and lessons from A River’s Tail are available on Medium.

Field Notes for April and May, 2015.
Scroll to top