Kim was one of the friendliest villagers we encountered. When he heard where we were from, he waved us over to share the space on his wooden platform bed. 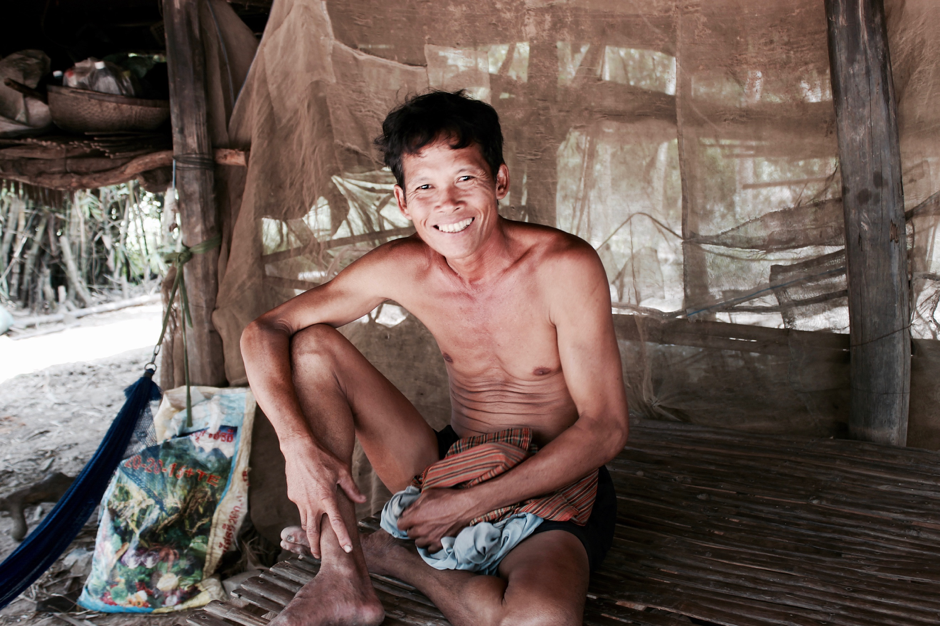 Kim is a rice farmer. His father and his grandfather were farmers, as were the generations above them.

Unwilling to let his children be bound by the fate of a rice farmer, Kim worked hard all year planting and harvesting rice. He saved his income to send his children to school. Decades of working barefoot in the rice fields have left his feet gnarly and calloused. 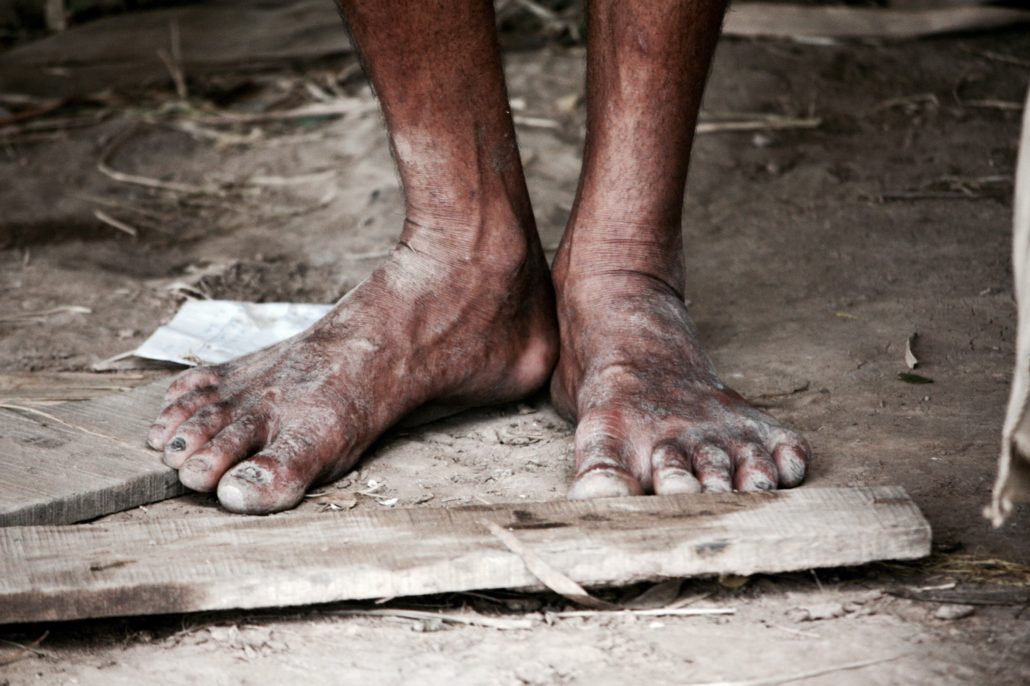 Kim’s hard work paid off. His rice farms grew and he hired men to help him during rice harvest season.

The men he hired worked long and hard hours under the scorching sun. They did not carry water with them as it would hinder their work. When they got thirsty, they scooped water from the river with their hands to drink.

One day, one man started having uncontrollable diarrhea and vomiting. With no hospital in the vicinity, Kim placed the sick man on his rickety wooden boat, and rowed across the border to Vietnam, where he sent him to the nearest hospital. 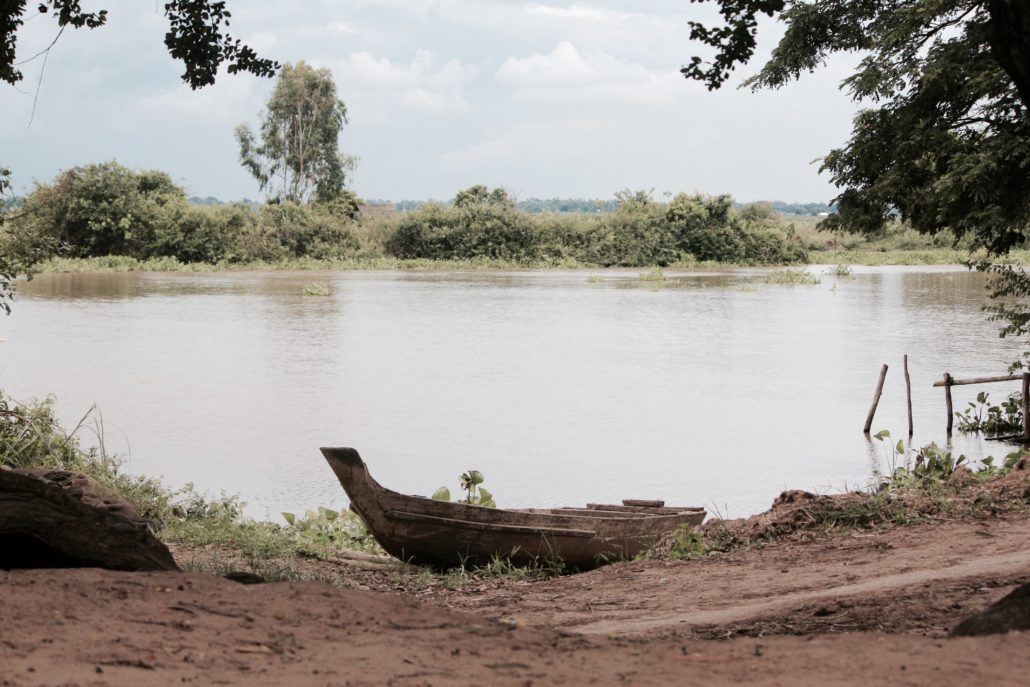 “I was worried that he was going to die. What was I going to say to his parents?” – Kim

The doctor told them that the vomiting and diarrhea was caused by drinking contaminated water. The man recovered but he could not work for the next four days. Kim and his wife took care of him, cooked for him, and paid his hospital bills. 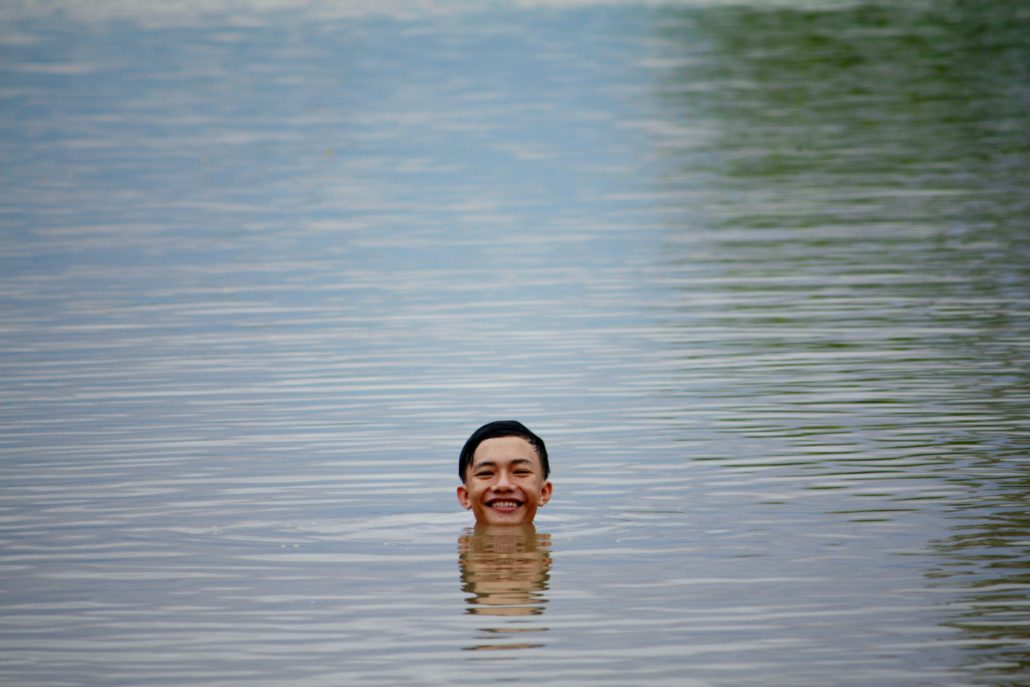 A boy swims in the heavily polluted river.

“This water is poison! You cannot even bathe in it.” He said as he gestured to the Mekong River.

The river is heavily polluted because farmers use so much pesticide, he told us. At low tide, the exposed riverbed is littered with garbage.

With no clean water source, Kim resorted to buying water from Vietnam, which cost $0.63USD for a 20-litre bottle.

When Community Water Enterprise was set up, he was overjoyed. The bottled water from CWE costs just $0.25USD, less than half the price of the imported bottled water. 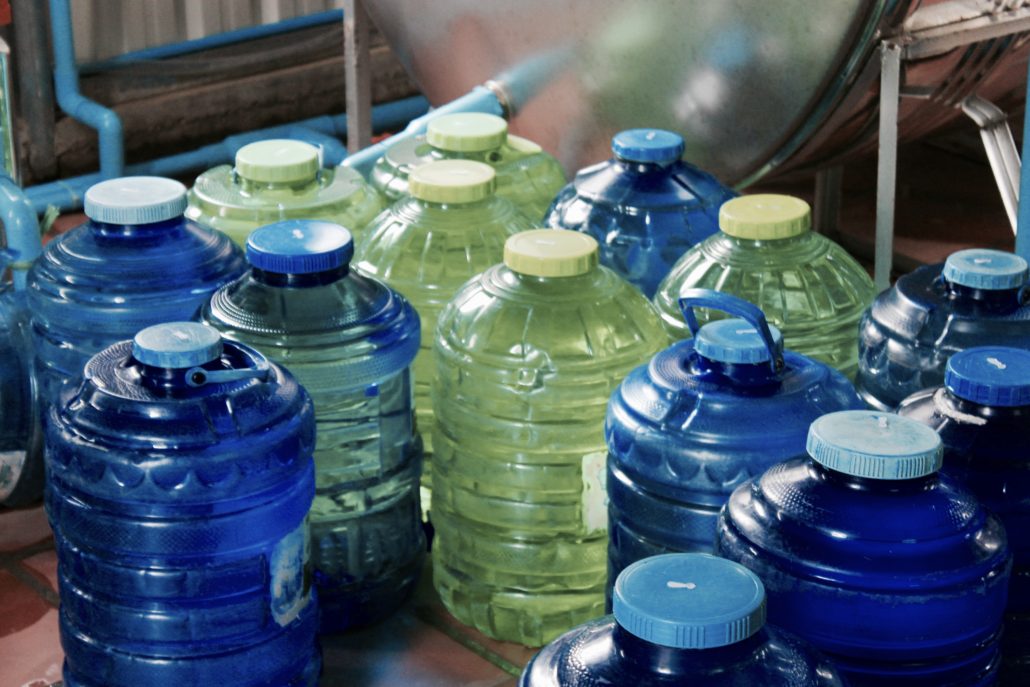 Life improved after he gained access to affordable clean water. He used the money he saved for his children’s education. He could even afford to buy more cows. 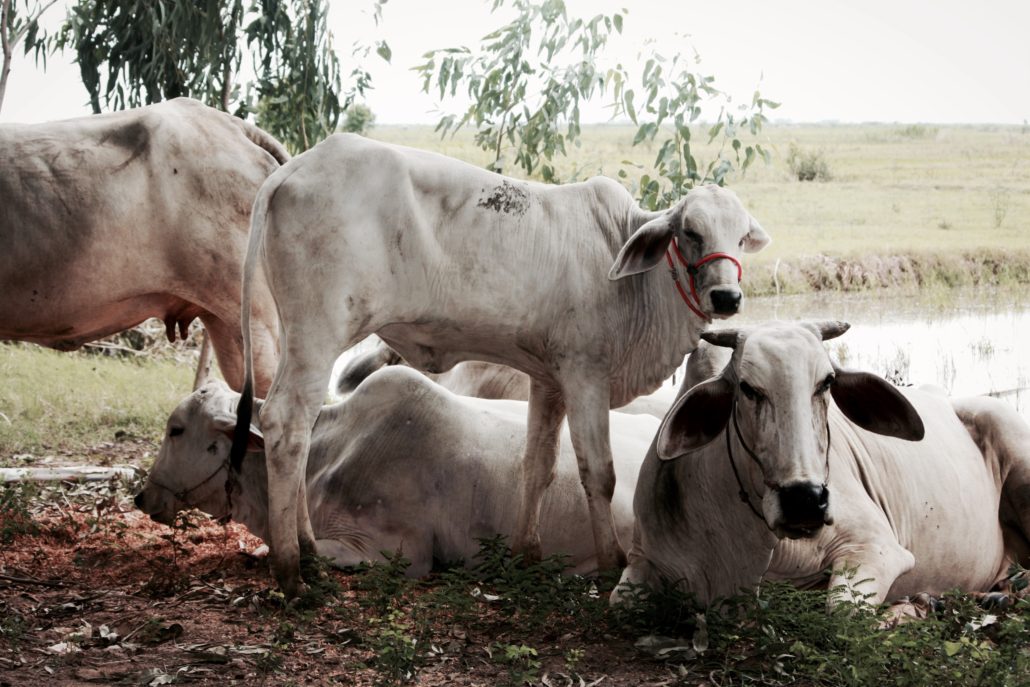 Kim tells me proudly, “I have four cows now. And I have more rice.”

Kim’s wife now lives with one of their children in Phnom Penh. Kim lives and works alone on his farm, sending most of his income to his children whom are still in school. 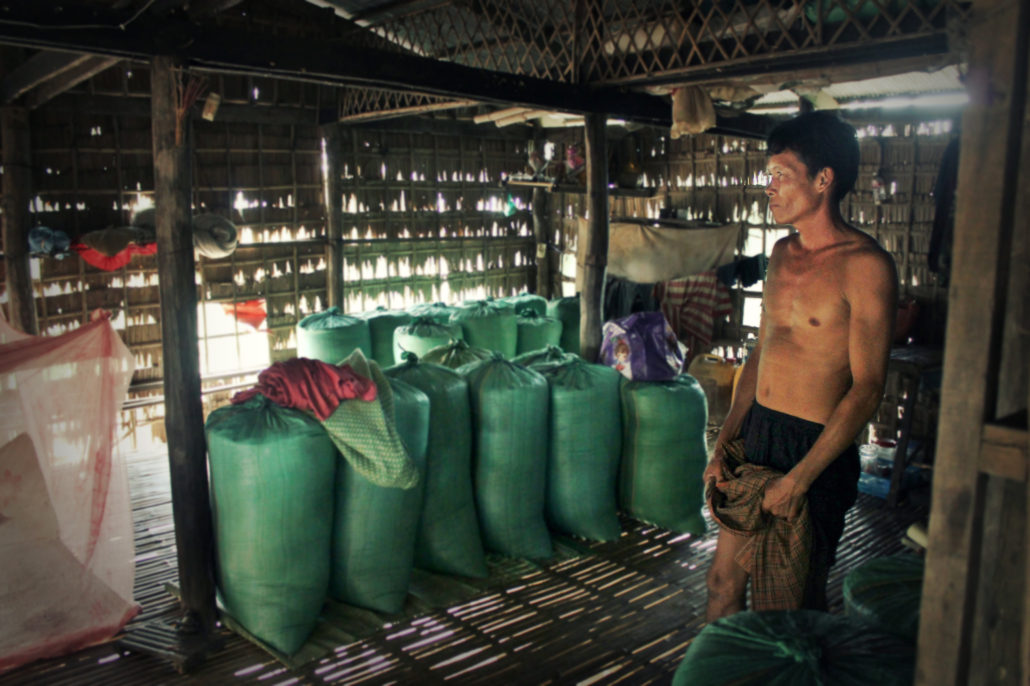 Kim Ly, with bags of rice inside his home.

“If I could change one thing about the past, I wished that we knew about the water. Our lives would have been better and our children healthier.” – Kim Ly

This project in Kouk Thlork Commune was supported with co-funding from the Prince Albert II of Monaco Foundation.

Office workers get transported to Cambodia via immersive 360° VR to experience...
Scroll to top