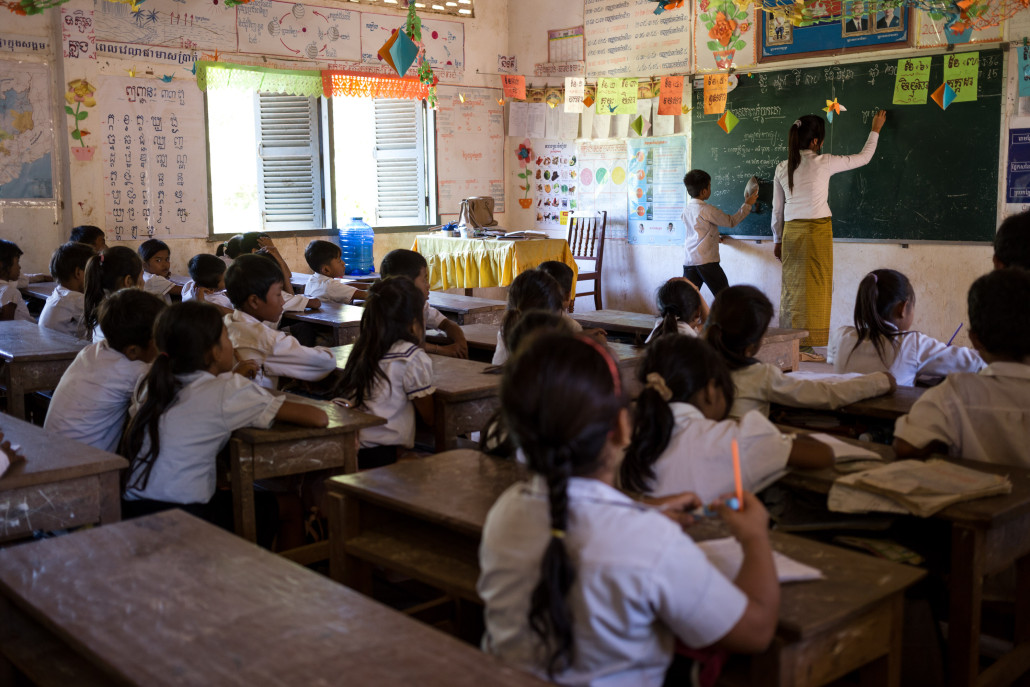 Koah Roka is a commune of 508 families just a few kilometers from the Vietnam border. Carts drawn by water buffalo move along the dirt road that runs into Vietnam, arriving empty into Cambodia and leaving heavily laden with bags of rice. Along this main dirt road there are three schools and a community health center.

A Community Water Treatment plant opened here in March 2015 and two of the schools now use the treated water from the plant, with the remaining one using a donated rainwater storage system. In the few months since the opening of the plant, 82% of the families in the commune are also now regularly purchasing treated water. 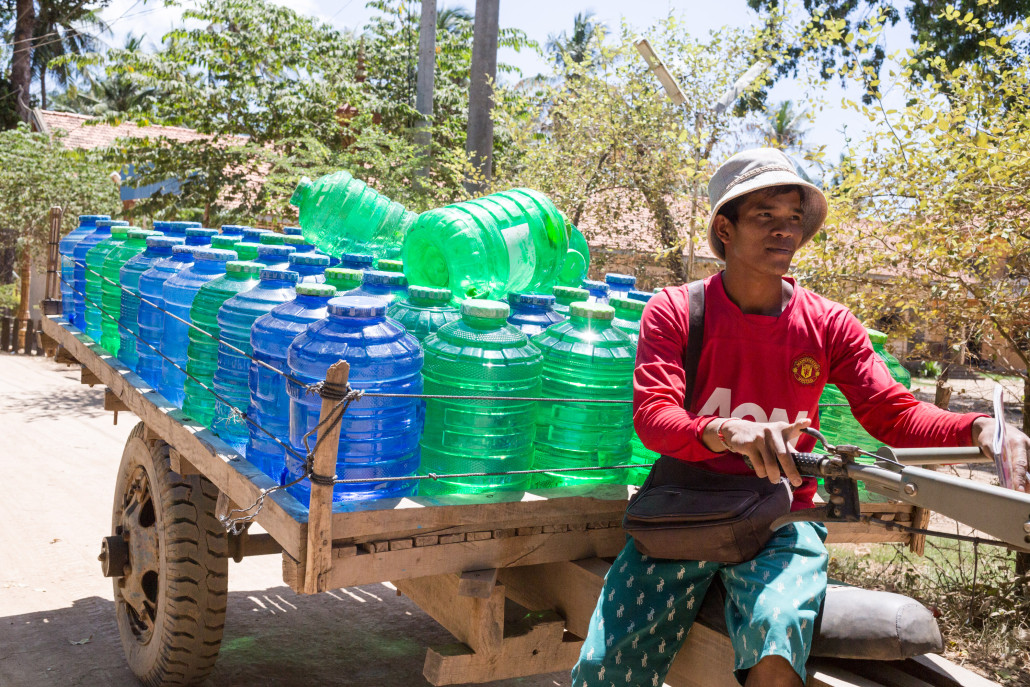 Mr. Nhen Bunthorn, Community Water Entreprenuer in Koah Roka commune, Prey Veng Province Cambodia. Mr. Nhen has expanded his business by buying this delivery truck so he can deliver water to households and schools himself.

Teacher Mrs. Choup Sida credits the Community Water Treatment plant with helping students focus more in class. “We never had treated water at our school before the Community Treatment Plant opened because a bottle of water from Vietnam costs 12,000 Dong (about 0.55 USD) and we could not afford it. We wanted a water storage tank but they are very expensive and only one school in this commune has had one donated.”

Inside Mrs. Choup’s classroom, a 20-litre bottle of water sits at the front of the class. Students in Mrs. Choup’s classroom, as with other classrooms in Koah Roka, can get up to drink water when they need to during a break in class. “Before the CWE, students had to either bring water from home or drink water from storage jars in the neighborhood. It took extra time and became disruptive. Students would leave school just to get water. Now my students can stay at school longer to either focus on work or talk with each other 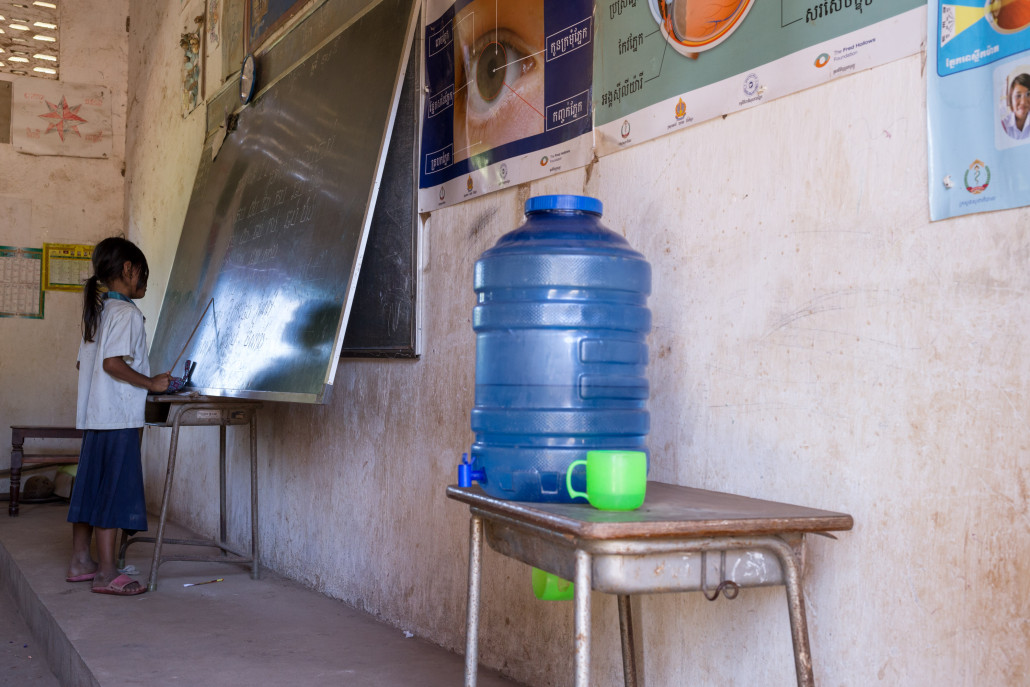 Mrs. Choup has also noticed a decrease in students skipping classes due to diarrhoea and other illnesses. The chief of the nearby commune health center, Dr. Long Choum, previously saw about 8 to 10 cases of diarrhoea related illness every day before the CWE opened. Now he sees only two or three. Since the CWE has only been open for four months, he expects that the biggest impact is yet to come. 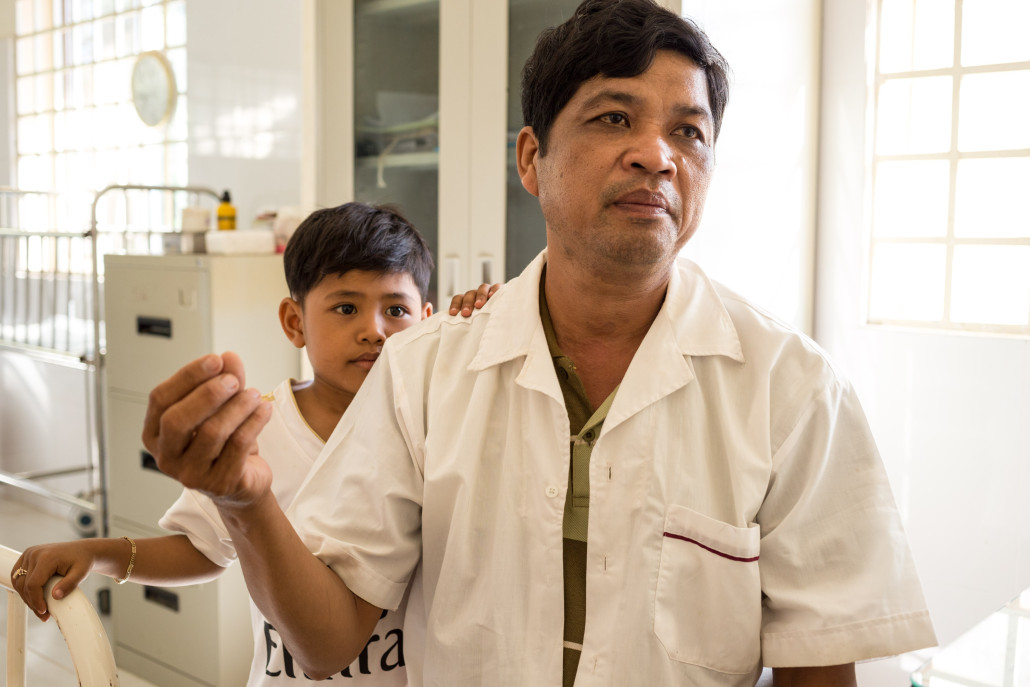 “The biggest change will come once the rainy season arrives” said Dr. Long, “When the commune floods many of the toilets are not elevated above ground — it is too expensive. The flood water will overflow the toilets and make the flood water not safe to drink. Then we will see big health benefits from having so many people drink treated water.”

This project in Koah Roka commune, implemented under the Community Water Enterprise programme in Cambodia, was supported with co-funding from UNICEF Cambodia