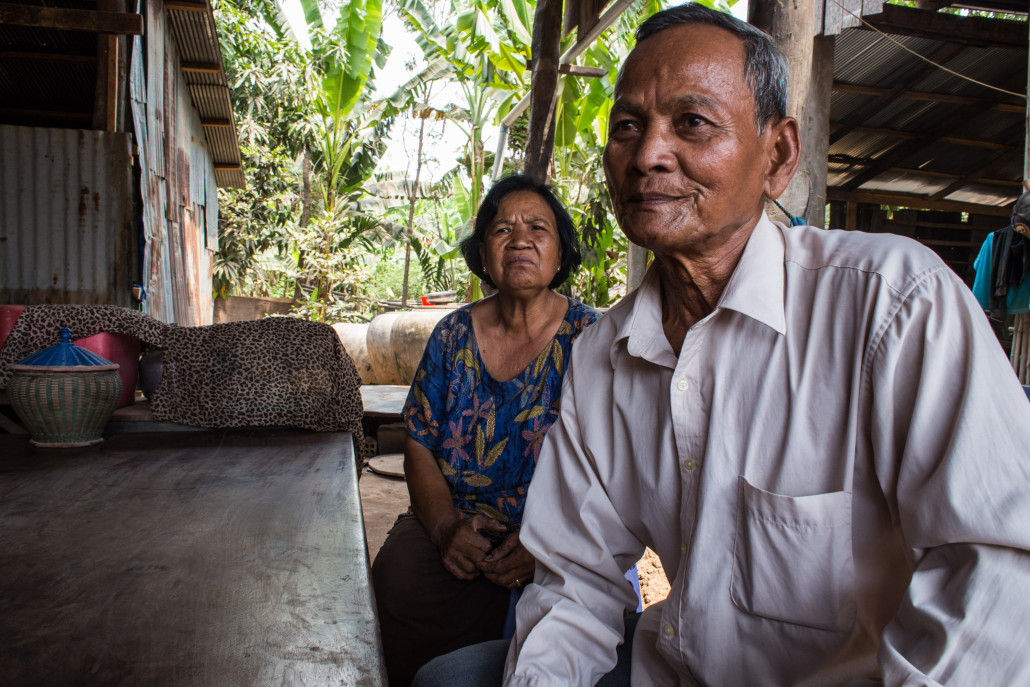 Mr. Touch and his wife at their home in Preak Koy Village

“When I was a boy we drank river water without boiling it and didn’t get sick.” said Mr. Touch Bunthorn, a resident of Preak Koy Commune in Cambodia. “During the Pol Pot regime people began to get sick from drinking river water, so we started boiling the water before drinking it.” Mr. Touch and the families in his commune continued boiling water for decades. Like many families in their commune, the Touch family used forest wood as fuel and spent up to six hours per week gathering wood from the surrounding woods.

Mr. Touch and his family of ten live in a traditional elevated house along the banks of the Mekong River in Cambodia. Mr. Touch and his family, vegetable merchants in a nearby market, sit down at a massive wooden table to tell their story. Lim Heng and Ly Meng, wearing matching red and blue shorts, play and stare during the conversation.

After the UNICEF funded community water treatment plant opened in November, 2014, Mr. Touch’s family began drinking from 20-litre bottles of treated water. “We save time now because we don’t have to gather wood to boil the water. My family can use that time to work, study or relax instead. My grandsons no longer wake up in the mornings with stomach pain.” said Mr. Touch. 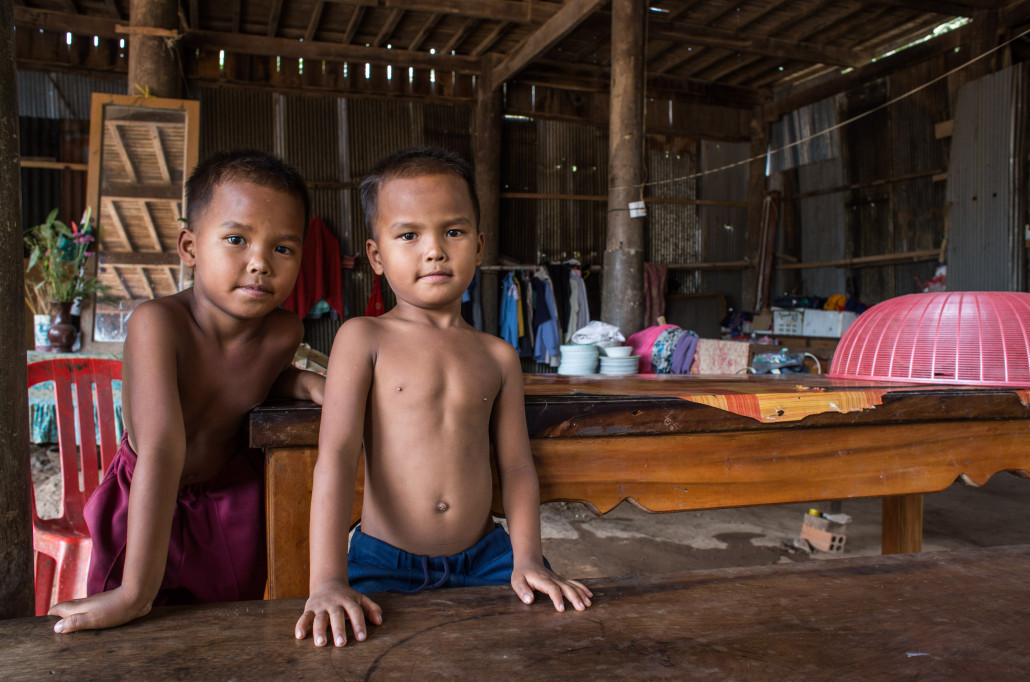 Mr. Touch told us that before drinking treated water, his grandsons, six year old twins Lim Heng and Ly Meng, woke up in the mornings complaining of stomach aches. After they began drinking treated water their stomach aches have gone away. We asked Lim Heng, age six, about the stomach pain and he was hesitant to talk. He did point to his stomach when we asked him to show us where the pain was, and he told us that it’s gone away now.

“The treated water has improved my whole family’s health. I prefer the taste and color of the treated water and that it is consistently the same quality.” Mr. Touch said. “I also like that I can go to the treatment plant at any time. Some other people here sell water but I never know how they treat it. In this community I can take a look for myself.”

Mr. Touch said that he feels confident that he is buying treated water from his Community Water Entrepreneur. While there are other local water vendors, Mr. Touch mentioned that he is concerned that it may come from untreated well water.

Mr. Touch’s household of ten people purchases about ten bottles of treated water per month. At 1,000 Cambodian Riel per bottle, a 20-litre bottle of water from the community water treatment plant costs one quarter of that sold in the local market. 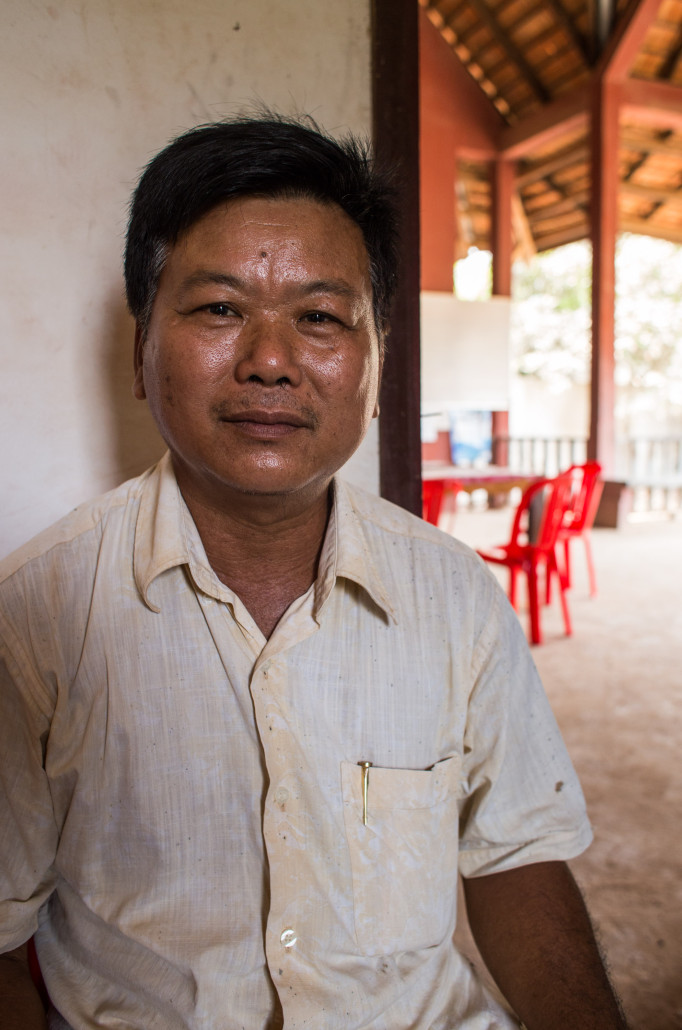 After talking with Mr. Touch, we met with Mr. Hav Lay, Preak Koy Commune’s Community Water Entrepreneur. Mr. Lay told us that back in November his treatment plant sold only about 300 bottles per month but that over the past five months his sales have increased sevenfold to almost 2,000 bottles per month. “I’m thankful for this job because it gives me a more predictable income supply than I had before I’m hoping that in the future I can get a trailer so that we can deliver water directly to houses.” said Mr. Lay.

This project in Preak Koy commune, implemented under the Community Water Enterprise programme in Cambodia, was supported with co-funding from UNICEF Cambodia

Field Notes for July and August 2015
Scroll to top